So around a week ago, my boyfriend and I moved from the UK to Chengdu, China for 9 months to teach English to kids! We got off the plane at 6 AM Chinese time with an 8-hour time difference from London.  It’s safe to say that our bodies were confused! Our new manager was lovely enough to pick us up and drop us at our new apartment which our school had chosen for us.

This site contains affiliate links. We may receive a commission for purchases made through these links, at no extra cost to you.

My first impressions of our apartment were all good! We had heard horror stories about apartments that schools had found for teachers, being tiny, dirty and without a ‘western’ loo (by this I mean just a hole in the ground!). However, we didn’t find this at all! What awaited us was a gorgeous 2 bedroom apartment, flat screen TV, marble dining room table and comfy corner sofa. Last year, when I lived in a small flat in Manchester, I had so many belongings and no where to put them, with the complete opposite happening this year. Although being on the 15th floor of a 22 floor building was a bit of a shock to my boyfriend (he hates heights!).

After arriving we took a nap, and then our manager offered to show us around our local area called the High-Tech Zone. I was shocked by how quiet it was! I expected a crazy giant city with horns going constantly and a mass of people, colours and noise, but I actually found a strangely peaceful place. Yes, there are high rise buildings everywhere and families on bikes driving on the wrong side of the road; but I felt more at home much quicker than I had expected.

One strange part was the sheer volume of giant shopping centres. Back home, one shopping centre will cater for a large area, yet here, within a couple of kilometres, you may have 4 or 5 10-floor centres. However, it was clear that some newly built centres, were still completely empty. It definitely gave the indication that a lot of money is being invested but the people are not yet here to meet the sheer volume of facilities around.

We also had to rely on a different app – as google is banned in China! Turns out there were many things that were banned and finding the right apps for china was harder than we thought.

Then came the first big challenge – chopsticks! Our manager, along with his Chinese girlfriend, took us for lunch. With no forks in sight, we picked up our chopsticks and began to have a go…. Amongst much sniggering and looks, we managed to just about work out how to hold them. However, working out how to eat big lumps of meat was another matter all together. In the end we just went for shovelling it in whole. We weren’t the most sophisticated people there, but I suppose at least we got our first taste of Chinese food. I can’t wait to be a pro at them by the end of the year!

Since this first meal I have discovered that food in Chengdu is definitely one of the best in the world! Our first night out

The next night we visited an expat bar with colleagues from our school, and although it’s nice to be somewhere where you can speak the language and read the menu, I couldn’t help but feel I wanted to see more of actual China. However, here’s where my adventures got put on hold… The next day I came down with food poisoning (from a burger in the expat bar, not some dodgy Chinese food!). So for most of the last week I’ve been put up in bed, not at my new job where I want to be and not out experiencing Chengdu life.

While I was stuck in bed, I started to contemplate how different the Chinese were to what I expected. To me, their language sounds harsh, often giving the impression of anger or rudeness when I’ve heard of it previously. However, after spending time with locals, it was clear to me that this just wasn’t the case at all. Their culture dictates that they don’t criticise and as a result are very polite and respectful.

When you visit shops or restaurants and you cannot speak their language there’s no tutting or sighing, just a willingness to try to communicate however possible. This part of Chinese culture is so much closer to British culture than I ever thought possible. We, British, sit around saying no you have the last biscuit no you… and I couldn’t help but feel that this was exactly the same in china (bar the biscuit part of course!). This was so not what I expected, and gave me a real love for the city and its people at first glance.

This was fully supported when two of the Chinese teachers from the school I was meant to have started working in, came round to my flat to drop of a gorgeous box of fresh fruit as a get well soon gift. This was kindness that I just didn’t expect, from essentially a group of strangers that I had met just once.

So one thing we British love to talk about is the weather, but I’ll try to keep this short! It has been nothing but cloudy so far in China, I haven’t seen the sun once since I stepped off the plane! Now I originally thought that it was unlucky and hoped we would have some good weather soon. However, it turns out that in this deceptively quiet city, I definitely forgot about the pollution!

The pollution in Chengdu regularly hits an unhealthy level, and it turns out it wasn’t cloud I’ve been seeing but most likely smog. This hasn’t affected me too much yet, after all I am used to living in Manchester which sees more rain than most of the UK put together! But I can imagine in 9-months time, I’ll be dreaming of a sunny day.

But at least Chengdu is situated on the edge of many mountains. It means I can go skiing in winter near Chengdu and hiking in the summer.

Want to stay warm on your travels?

Get the RAB ultralight down jacket. It packs down small and will keep you warm in sub 0°C temperatures with its hydrophobic goose down.

As the end of my first week in china approached, I returned to full health (YAY!), and my boyfriend and I headed out to explore the city. We started in Tianfu Square, in the city centre, to be greeted with (yet another!) shopping centre, and then made our way to the People’s Park. This park was full of colourful flowers in bloom and was a gorgeous place for a wander, apart from the downpour of rain we had. It was full of hidden tea houses and lakes, and will no doubt be perfect in the summer. Next, we made our way to the Kuanzhai ancient alleys where we wandered through the tourist filled streets and took in the sights and smells. There were definitely some interesting foods about… we saw pigs noses, rabbits heads and whole animals that we weren’t even sure what they were! We, also, visited Qintai Road which was full of traditional red buildings but somehow no tourists. Perhaps it was a less known part of the city as I’d read about it online only a couple of times before. For me, seeing sights off the beaten track is the best part about living somewhere new!

This day gave us a little bit more of a feel for China and the city we’d chosen to call home for the next 9 months. It showed me the different sides of Chengdu, from the built up shopping centres through to the hidden red buildings. One thing I’m now confident about is that I will grow to love this city as much as I loved my year in Germany. I’m sure it will become home over the next 9 months and no doubt life in Chengdu would be difficult to leave a the end.

38 shares
« Why is travelling my happy place?
10 amazing places to visit in Baden-Württemberg »

This site uses Akismet to reduce spam. Learn how your comment data is processed.

I'm an English teacher, sailing lover and hiking enthusiast making my way around the world. Ever since a diagnosis of bipolar disorder, travelling has become my happy place. Come and join me on my adventures! Read More… 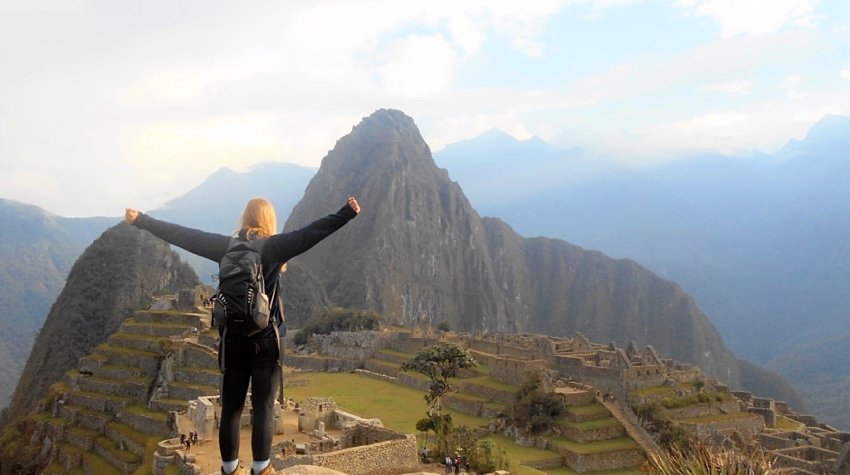 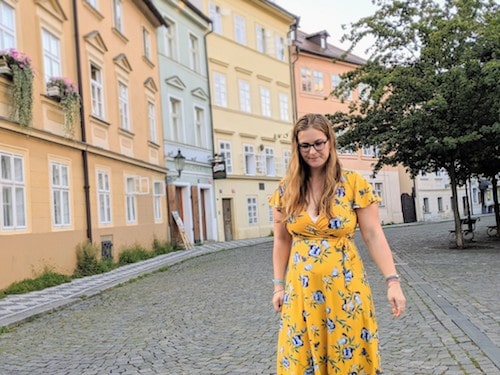 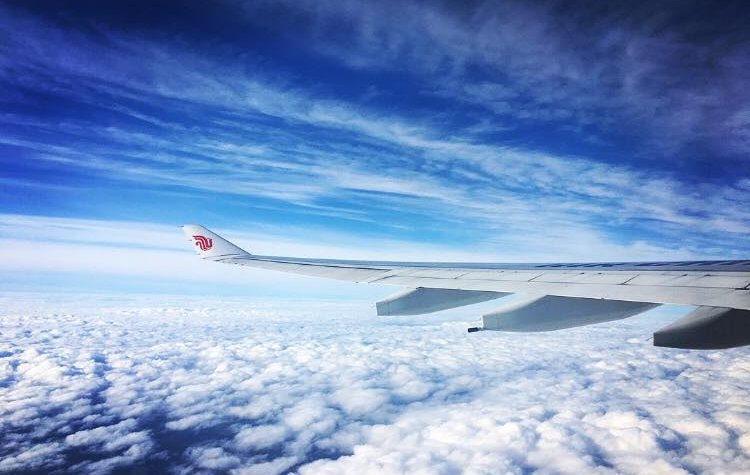 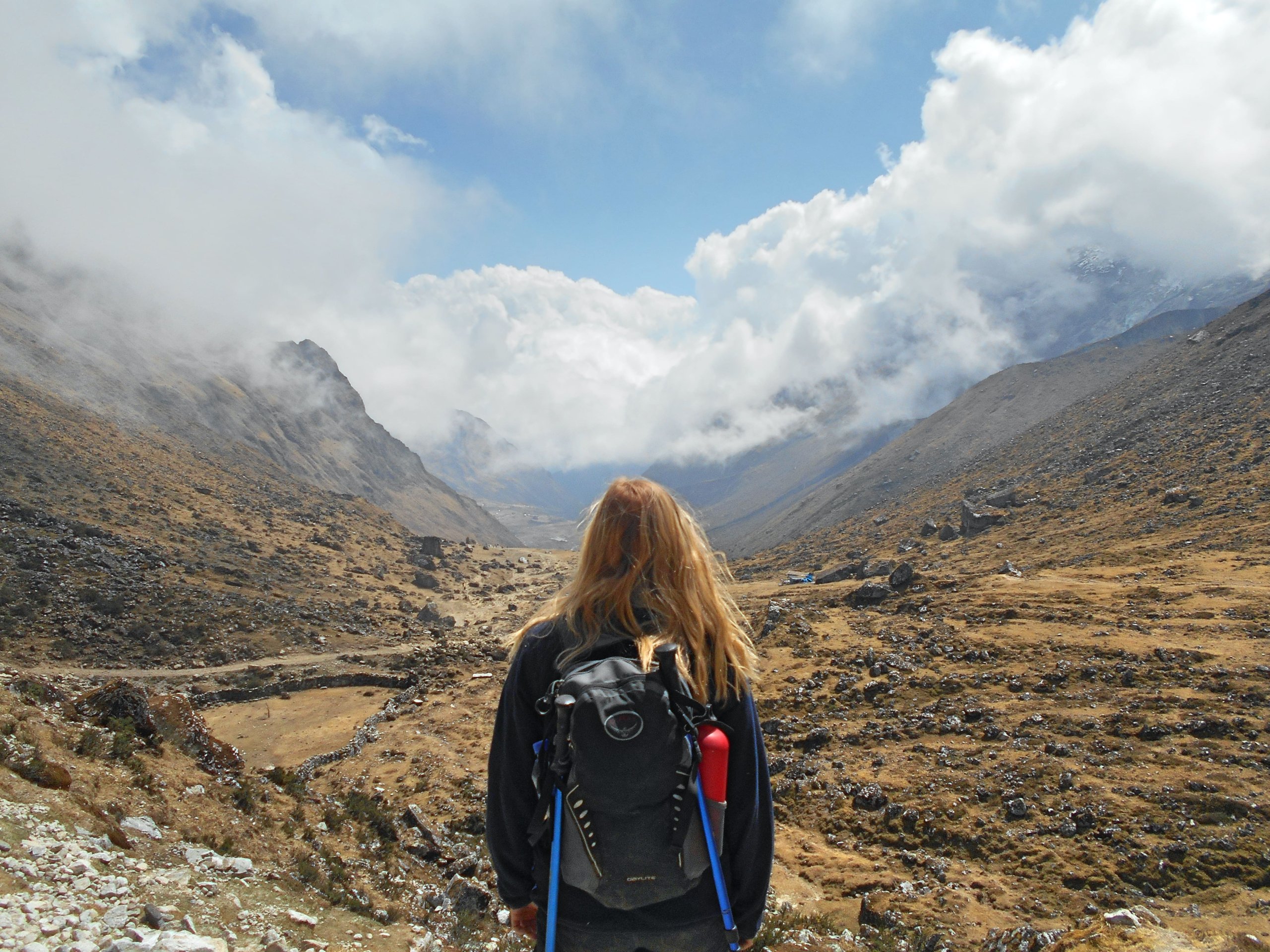